What can Greece  offer you? 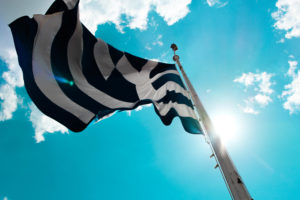 What do you remeber when Greece is mentioned? Maybe everyone knows the typical picture – incredibly blue sea, beautiful beaches and white small houses , picaresque villages with narrow streets which shelter you from sun.

Local restaurant – taverns are tempting to taste the national beverage ouzo, fine wine and to spent wonderful moments with your family and friends. Greece is not only place full of excellent food, fresh sea specialities.

Greece also offers you  an opportunity to become a sailor and discover  Greek islands with sandy beaches. You can visit cultural centers and small churches as well as the famous monasteries which are built on the top of the rocks where you can fulfil you spirit energy. 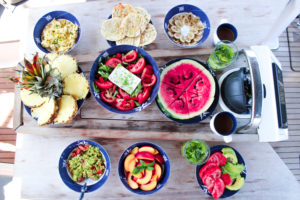 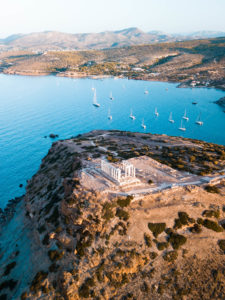 Travelling through vineyards and plantations of olive trees will provide you unforgettable experience and give you opportunity to know local customs and culture.

Make plans for your next holiday in Greece and sail with us towards your new adventure. Sailing holiday in the Greek islands and along the mainland is an unforgettable experience. 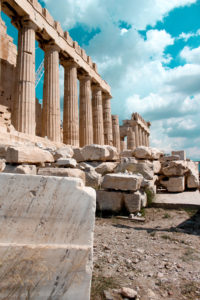 The capital of Greece is a symbol of civilization, its history started 3000 years ago and is well known all over the world. Athens is the only European capital with 14 beaches awarded with blue flags( beaches with high standard). The total length of the Athens shore is more than 50 km. 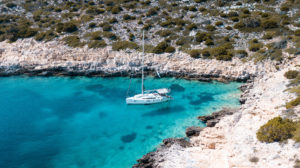 Our yachts are waiting for you in Alimos. The Saronic Gulf offers you six islands to visit – Salamis, Poros, Hydra, Spetses, Aegina, Dokos.  Also Cyclades are one of the most beautiful archipelago in the Aegean Sea and you can easily reach them from Athens.

This archipelago consists of 24 islands, four of them permanently inhabited (Skiathos, Skopelos, Skyros, Alonnisos).It is worth seeing and it is ideal for yachting, for families as well as for experienced sailors.

Skiathos has many attractions for seaside lovers and also for those who appreciate nightlife. You should not miss the famous beaches Koukounaries, Banana.

Alonissos will attract you with its beautiful beaches, coves and its beautiful marine park where a small colony of monk seals lives. 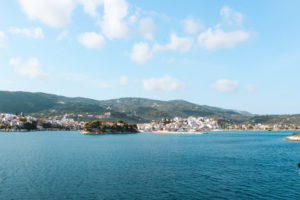 Skyros is the largest island of Sporades, it is wilder and has a different character from the rest of the archipelago. The small port of Linaria is well equipped.

The archipelago of Sporades includes many small islands, some of them uninhabited, such as Kyra, Panagia, Skantzoura and Peristera that offer anchorages in coves. 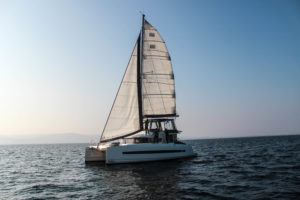 The Chalkidiki reagion –three peninsulas- Kassandra, Sithonia and Mount Athos(an autonomous religious state). It is not as well -known as many other Greek holiday destinations.

The region offers visitors a go-slow atmosphere and some of the best scenery in the country. Kassandra is more touristic than Sithonia. All the region is well known for the beautiful beaches and numerous coves ideal for anchoring. The nearest airport is in Thessaloniki at a distance of 90km. Chalkidiki is ideal for yachting due to its long cost with many opportunities for anchorage.

The small island Amouliani near Mount Athos is also worth seeing. You can also visit the islands Thassos and Samothrace. Thassos is a green island with many beaches. Samothrace and is still untouched by mass turism.